Much has been made recently about the package design and pricing of the "Black Maria" edition of the TCM. Both the gimmick and the idea for this set is truly confounding to me, especially since a deluxe edition of this movie would seem like a no-brainer in terms of collectible holy grails. Instead, horror fans are treated to a generic, over-priced heap that only serves to tarnish the legacy of a true classic of the genre. Thankfully, there are many editions of the new 40th Ann. TCM Blu-ray, including the one disc version I'll be reviewing here, as well as a four-disc edition that won't be covered. 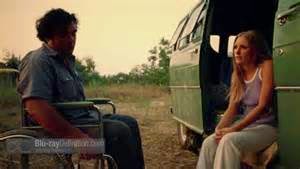 The Texas Chainsaw Massacre is rightfully lauded as one of the most disturbing, creative and realistic horror experiences ever captured on film. In this case, the old saying "captured on film" is truly accurate because I can't imagine that a film can ever again capture the true discomfort, grittiness, or dread portrayed here. From the opening voiceover into the shutter flashes and camera sound effects, the beginning of the movie foretells the doom the audience is about to bear witness. Sally Hardesty, her wheelchair-bound brother Franklin, and friends Pam, Kirk and Jerry are on a road trip to visit an old house once owned by Sally's grandfather. Along the way, they encounter a spastic and clearly disturbed hitchhiker (Ed Neal in one of the most believable and unsettling performances ever) who tells them about his family of meat butchers living in the area. Before long, the crew accidentally runs afoul of their house of horrors, inhabited by the now infamous and loveable Leatherface (Gunnar Hansen's portrayal has never come close to being matched). Before it's over, the stage- and table- is set for a dinner party that is as squirm-inducing now as it was in 1974. 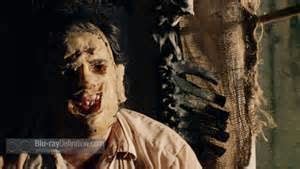 There are so many good things within this film that it's hard to isolate even just a few, but I'll try. First off, Ed Neal and Jim Siedow (the Cook) don't seem at all to be acting. Each actor has such unique gestures, twitches, and pathology that it's impossible to see them as performing here. I've watched this film at least 20 times, and I can never catch either acting. Some of the other performances are slightly stilted (most notably Jerry and Kirk), but the performances of the family are seamless. The insanely labile facial expressions of The Cook as he gleefully pokes a screaming and helpless Sally are worth studying for days. Second, unlike every other sequel, remake, prequel or copy of this film, Leatherface is not portrayed here as a hulking psychopath out to stalk and slash innocent victims. Instead, he is portrayed rather child-like and reserved. The motive for his killing in this film seems to be to protect his home from unwitting kids stumbling into it. During the dinner scene, Leatherface is seen donning a makeup-smeared mask almost like a child dressing up as his mother to serve an imaginary dinner. Speaking of which, the culmination of the film-almost like a crescendo of nervous energy- is truly a thing to behold. Marilyn Burns as Sally fills the room with more mania and terror than a lunatic asylum. In fact, the ending is so hard to endure that it's almost torturous to sit through the chainsaw-waltzing end.

In preparation for the new MPI Blu-ray release, I watched every version of the film that I had available: the bare bones Pioneer DVD, the previous Dark Sky Blu-ray, and the 40th anniversary singe-disc. The Pioneer DVD is almost too dark to make out certain pivotal scenes, especially the night scenes involving Leatherface, Sally, and Franklin. The first Dark Sky Blu-ray (which I think is now OOP) is a huge improvement in terms of color correction and detail. The 40th anniversary edition, however, looks like it was filmed as recently as a few years. The colors are vivid and sharp, and there are details that I never noticed in any other edition of the film- especially details involving extras in the opening scenes and eccentricities about the family's house. 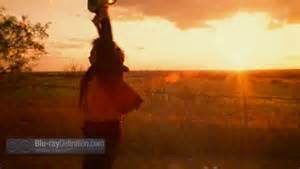 Of all the horror films I've even seen, The Texas Chainsaw Massacre is the most unsettling. It was as if director Tobe Hooper made the film for no one, and by doing so attracted a true cult following. Every scene in the film is uncomfortable. The disabled brother Franklin is seen as an inconvenience and an annoyance to everyone, even his own sister. Today, he would most definitely either be the hero or the pitied introvert, but here is a whiny, stubborn and boorish mess. The Hitchhiker is made as unsightly as possibly, including a giant red splotch covering his face, greasy hair, and carrying a homemade animal pouch for good measure. The dialog in the film seems absolutely authentic in that it does nothing to push the film forward. Instead, the tension and atmosphere drive the movie. It's the film's incoherency and jaggedness that make it seem so real and also so irreplaceable

Episode 49: Horror Roundtable Returns! The Creepy Kentuckian, Uncle Bill and Garrett from Born2BeRad.com are back this time shooting the horror talk shit with the members of DEADPITonPATREON.com. Some topics discussed are Favorite VHS Covers, Scream 6, Texas Chainsaw '22, Changes to Netflix, Horror Conventions and much more!! DOWNLOAD FILE HERE 226.4 MB RIGHT CLICK AND SAVE TARGET AS SUPPORT US ON PATREON!

Slasher Movies From 1986 (Watch Along) | deadpit.com