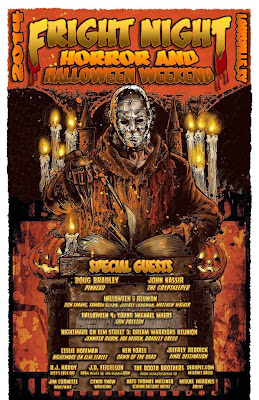 We at DEADPIT hope everyone can join us for the ONLY convention appearance we are doing in 2014.

This weekend, October 3-5 you can relive the past at FRIGHT NIGHT FILM FEST in Louisville, Kentucky!! They are taking atmosphere and prices back to 2009 and the guest list is nothing but old school horror with the likes of Doug Bradley of Hellraiser, Ken Foree of 'Dawn of the Dead', a Halloween 5 reunion, a Nightmare On Elm Street Dream Warriors reunion and much more!!

Check out the website http://www.frightnightfilmfest.com for all the guests, We've also attached the event poster done by Scream Factory's Nathan Thomas Milliner.

The Creepy Kentuckian, Uncle Bill and The B Plan will be there on Friday and Saturday only!!  We will keep you posted on the status of the midnight movie commentary once we learn more but stay tuned to http://www.deadpit.com for more details!
Posted by DEADPIT Radio at 9:43 AM No comments:

Posted by DEADPIT Radio at 6:55 PM No comments:

September 26th, 2014
DEADPIT Radio returns this week debuting the brand new DEADPIT.com and kicking off the first of two shows today on the website. This first one features The Creepy Kentuckian and Uncle Bill in all of their hick-dick glory! A long winded discussion on the horror genre's most controversial moments ever. Plus the thrillbillies go into a recent only controversy with a certain website's pricing error on the year's most must own Blu-Ray set! All of this and more on the most MUST LISTEN show of the entire year, here on DEADPIT.COM! 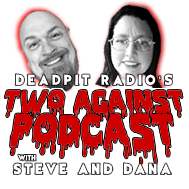 This week Dana and Steve learn about sexual freedom in Denmark and Germany in the hairy 1970's. Plus we review and gush over the Prom Night Blu-ray from Synapse Films!

Posted by DEADPIT Radio at 1:51 PM No comments:

September 19th, 2014
DEADPIT Radio returns this week for an old school style 2 hour edition featuring CK, UB and The B-Plan. We go through the week's horror news and have a lengthy discussion with convention promoter Ken Daniels of FandomFest/Fright Night Film Fest in Louisville Kentucky. All of this plus news on the new DEADPIT website debuting NEXT WEEK!!

Posted by DEADPIT Radio at 10:48 AM No comments:

Historically speaking, the death of children in film has been frowned upon. However, such is the set up for one of the more memorable creature films of all time. 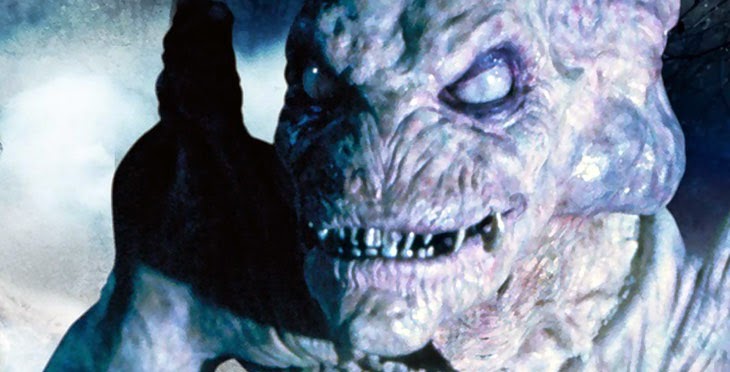 Lance Henriksen plays 'Ed Harley', who appears to be a dirt farmer in the middle of indistinct Appalachia. His young son happens upon a group of stereotypical "you ain't from around here" teens who decide to ride dirt bikes for leisure. When one of the bikers recklessly hits and kills the boy, Harley can only try to revive him in vain. As it happens, these parts are home to a witch named Haggis who can summon a vengeance demon. Harley visits her in one of the more memorable scenes in the film, as she forewarns him about the consequences of summoning the unstoppable force of Pumpkinhead. Once the demon has been conjured, Harley realizes that he has made a mistake and attempts to put the creature to rest, but evil never dies!!! 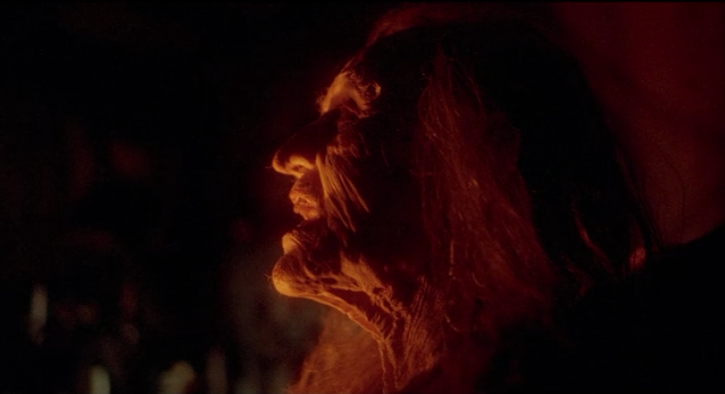 'Pumpkinhead' is a film that truly centers around the design of the title character, and this is understandable since the film features master FX artist Stan Winston in his directorial debut. Henriksen is noticeably better than any other actor in the film by a mile, with a brief appearance by the actress playing Haggis as the only other standout. The film is low budget by today's standards, and it takes place in a relatively few places which makes it seem somewhat smaller than other horror films of it's time. In some places, the minimalism of the film works in it's favor to create a more suspenseful and confined atmosphere for the creature to lurk within.

Overall, Scream Factory's new Blu-ray of the film looks better than any version to date- especially considering the bare bones MGM DVD of the film was the woeful edition before this one. Nestled amongst the film is a vast new supply of special features that were absent from any other editions, including:

Posted by Uncle Bill at 9:23 PM No comments:

September 12th, 2014
The Creepy Kentuckian and Uncle Bill have a real treat this week for the DEADPIT Faithful, CK was recently challenged to name 15 of his favorite 'Go To' Films...So instead of making a small list on Facebook, we made a show about it. In this episode the thrillbillies go through their top 5 favorite 'Go To' Films throughout their lives. Some may surprise you, some surely won't but theres a detailed rundown of each film on both lists! This plus the news of the week, the new DEADPIT Website is just two weeks away and Halloween season is quickly approaching. All of this and more this week on the ORIGINAL Horror Talk Radio show, DEADPIT Radio!

Posted by DEADPIT Radio at 9:26 AM No comments: 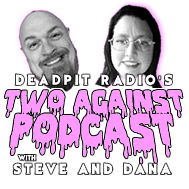 This week Dana and Steve are L.I.V.I.N. with Dazed and Confused Commentary, Steve remembers the 1970s while Dana grooves with the classic soundtrack. So sit back, Get a paddle and whip some freshmen ass!!!

Posted by DEADPIT Radio at 8:57 AM No comments: